This site is intended to provide cutting-edge health information. Nothing on this site should be interpreted as personal medical advice. Always consult with your doctor before changing anything related to your healthcare. 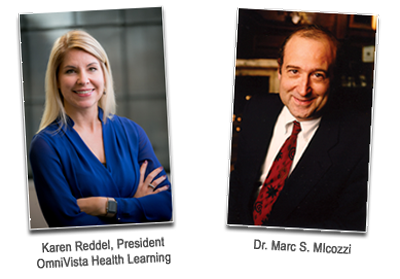 Yet scientists estimate nearly 400 people around the world have reached—and even surpassed—that milestone.

And they aren’t just living longer than anyone thought possible—they’re THRIVING. Many living independently, in better health than people half their age.

In fact, most of them have never had a serious illness—PERIOD.

So…how are they defying the odds?

Scientists have largely attributed this exceptional health and longevity to good genes.

Until recently, the only way to really increase your chances of living to 100—and beyond—was to have had parents who lived into old age.

But now, researchers have discovered that even if you didn’t win the parental genetic lottery, you can still control aging at the cellular level.

Scientists from around the world have conducted separate studies that all point to the age-rewinding potential of a single natural compound called NT3.

In one of these studies, researchers at Harvard and the University of New South Wales in Sydney found that NT3 makes the cells of old mice indistinguishable from young mice, after just one week of treatment.

In fact, according to a TIME magazine article on this groundbreaking research, NT3 reversed aging in mice, changing their cells from the equivalent of a 60-year-old human to a 20-year-old.

And other studies have shown that it isn’t JUST the cells of mice that get younger. When researchers from Washington University in St. Louis tested NT3 on mice, they were astonished to find that over the course of 12 months…

Every single symptom of “old age” was simply REVERSED.

Like the supercentenarians I mentioned a moment ago, the mice treated with NT3 didn’t suffer any of the ill effects typically associated with aging.

In fact, the old mice suddenly had:

In other words, these mice simply didn’t get “old and sick”.

So—could NT3 be the ticket to becoming a supercentenarian?

Well, it’s impossible to say for sure that the stunning effects in mice will translate to humans. But these early results were so promising, researchers have already begun planning human trials at Brigham and Women’s Hospital in Boston.

Of course, they’re focusing all their energy on turning this age-erasing natural substance into a synthetic drug. And we all know how well that usually goes…

Big Pharma’s track record is shoddy, at best. Plus, they say it will be years until the drug hits the market anyway.

And this Tuesday at 7:00 PM Eastern Time I’m going to reveal more details on this natural longevity breakthrough during my FREE online summit.

I’ve pulled together dozens of simple, natural solutions that can help halt many of the symptoms people often assume or are even told by their doctors are “just a normal part of aging.”

This is the single most effective way to learn how to stay vibrant, healthy, and independent as you age.

I’ll see you then.

WHAT ATTENDEES HAVE TO SAY: How would your life change if you could stay vibrant, healthy, and independent as you age?

My life would change if I could have more energy, be healthier and feel better about myself, so Incorporating new techniques to fight old age would be great!

I will be able to feel more at peace, maintain my social connections, and continue to travel.

I would enjoy myself and my family with not having Arthritis which is restricting my life from many activities that I would enjoy such as traveling, long walks and bowling…

He thrust the STAGGERING PROOF of complementary alternative therapies in the faces of mainstream medicine AND DEMANDED ANSWERS.  In fact, some of the world’s most recognized natural research–on things like lycopene, lutein, brassica vegetables, and excess iron–would not even exist without his courage to stand up for true science.

His medical career is all but unrivaled—especially given his vast and unique mixture of experience within mainstream medicine and complementary and alternative medicine (CAM).

His experience made him the obvious choice to organize and chair continuing education conferences on the theory and practice of CAM and has even co-chaired with former Surgeon General C. Everett Koop (whom he has collaborated with in different fashions for nearly 25 years) in 1996 and Dr. Dean Ornish in 1998.

He’s also one of the most effective spokesmen for CAM, contributing to the New York Times, Washington Post, Miami Herald, Chicago Tribune as well as NPR, Good Morning America, and CBS Evening News.

As the Senior Investigator of cancer prevention at the National Cancer Institute, Dr. Micozzi published the original research on diet, nutrition, and chronic disease. He continued this line of research as the Associate Director of the Armed Forces Institute of Pathology and Director of the National Museum of Health and Medicine.

He has served as the Executive Director of the College of Physicians of Philadelphia (the same state where he completed medical and graduate training at the University of Pennsylvania).

In recent years, Dr. Micozzi has served as the Founding Director of the Policy Institute for Integrative Medicine in Bethesda, MD, working to educate policy makers, the health professions, and the general public about the opportunities for integrative medicine and the need for clean, clear science within our modern medical establishment.